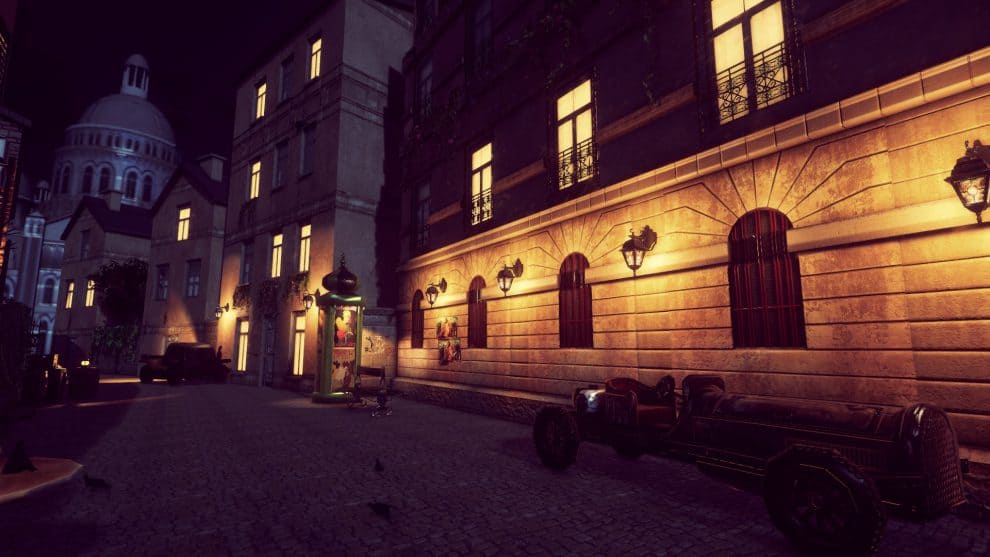 The Moonwalls studio puts into our hands the latest production – Bohemian Killing. Let’s see if it’s worth buying on Nintendo Switch or Steam.

Bohemian Killing puts us in the role of a murderer. There’s no doubt about it – the very beginning of the game, which serves as a tutorial, explains us how to move, how to interact with objects, as well as what to do to draw a gun and aim it at our victim. This is by no means a secret and can be learned from the game’s eShop promotional materials alone. In a work started in the mind of just one person, Marcin Makaj, our task is to defend ourselves in court.

The game is divided into two main segments. The first one is the aforementioned meeting in the court, which I will write more about later. In order to have some aces up our sleeve, it is necessary to traverse several locations, which is the second part of the game. We take part in a series of flashbacks in which we travel through the streets of Paris, through a hotel and an apartment building. We have to find evidence that could prove our innocence. I will not spoil the fun of discovering clues on your own and only mention the possibility of adding to the guest book of the hotel where we stayed. It shows that it was not us who rented the room where the murder took place, but our father – his signature is different from ours. There are many similar details in Bohemian Killing and it’s worth looking into every nook and cranny, searching for all possible ways to defend ourselves. The passage of time is not insignificant – we can glance at our pocket watch and perform activities that take a few minutes to make our testimony coincide in time with those noted in the indictment.

No less important are our visits to court, a sort of culmination of our actions in flashbacks. In the courtroom, we are behind bars and see the witnesses, the prosecutor, the defense attorney and the judge. Evidence found in the course of the investigation is presented, and our fate depends on the amount of it – we can be released as a free man, cleared of all charges, but there is also a possibility that we will be declared insane, blame someone else or go to the guillotine (the action of Bohemian Killing takes place in 19th century France). A big plus of the reviewed production is the multitude of endings and there will certainly be players who will try to play the title by Marcin Makaj many times, getting to know all the possible variants. At the same time, it should be noted that Bohemian Killing is not one of the longest titles – reaching the end of one version of events should not take more than half an hour.

Bohemian Killing unfortunately has some flaws. The biggest one, in my opinion, is the indifference that the events evoke in us. While at first the story and fate of our protagonist, Ethon, interested me, the longer I played, the more his life became indifferent to me. The protagonist quickly becomes a very uncharismatic character washed of emotion. This does not work in favor of a production that, it would seem, should be a one-actor theater. The other few NPCs also failed to convince me and the game clearly doesn’t try to convince us that it is something more. The visuals are definitely not an advantage either – the title is by no means the prettiest and you can see that there was no budget for taking care of the graphics or animations. Savings in the visual layer are very visible, and the impression of dealing with a rather poor game is completed by frequent loading screens. The loading screens don’t last long, but the locations we explore aren’t extensive enough to justify their presence.

The soundtrack, on the other hand, is a huge plus. Bohemian Killing. Music, written by Marcin Maślanka, allows you to immerse yourself in virtual France. It is worth closing your eyes and listening to the delicate sounds that our compatriot has thought of. Although the music is not the most recognizable part of the game, but it is the perfect background for our actions – it does not distract us, fits the vision of the world and allows you to play the reviewed production with real pleasure. Actors giving voices to NPCs and our assassin are a bit worse. They play impassively, clearly reading only the issues, and not bringing their characters to life. It’s a pity, especially since it stands in sharp contrast to the quality of the music.

Bohemian Killing is quite an interesting experiment. Definitely, the game is not one of the top productions to check out. It’s impossible to negate its drawbacks, but in the end I don’t regret giving this title a chance. If you appreciate a good story, which is shaped by our perceptiveness, and you like a bit of legal elements, then Bohemian Killing is worth checking out. It is certainly not a game for everyone, but those who prefer a quiet pace of gameplay and learning about events should appreciate it.

You can purchase Bohemian Killing on Nintendo SwitchE and SteamE. 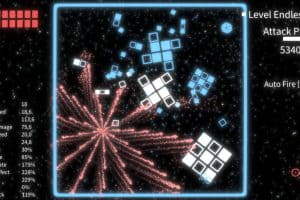